12 Aug The Next Generation’s Promise to Compromise

Posted at 15:55h in Blog by Abby Didawick 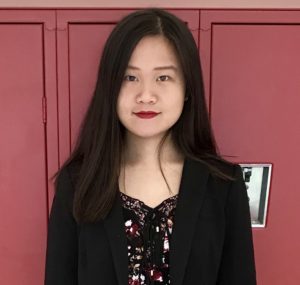 Immigration in and of itself is inherently a divisive issue where compromise seems impossible. Immigration deals with the core features of our identity as a nation, as well as the livelihoods of the thousands of individuals who make the trip to America in hope of a better future for themselves and their progeny. For many who go into public service, whether as political consultants or policymakers, there is often a vested interest to embody his or her culture, identity, or stakeholder in our nation’s debate. Perhaps for this reason, along with many others, there are identifiable problems with the current immigration system. These include but are not limited to the esoteric specificity that can make or break an application, wait times for applicants that can pass by their most productive work years, and an administration that is willing to split families at the border as a negotiation tactic. These issues within immigration are a sign of a larger, structural, concern: the polarization of politics. This encapsulates not only the individuals on Capitol Hill, but also the people who make up our country as a whole. Me and you.

The Henry Clay Center for Statesmanship is designed to address exactly this problem. They inform fifty students, in high school and in college, of various aspects of political careers that many have never considered for themselves. The program opens up eyes and doors for people who will become the leaders of tomorrow, regardless of socioeconomic background, gender, etc., with full scholarships to explore the college environment in Lexington, Kentucky. With these various backgrounds, everyone is able to introduce unique ideas to reform a policy that has been redundantly pushed around for so long. This is truly the melting pot experience that has come to define America’s ideals for so long.

During the 2019 High School Student Congress, students were randomly split into four different categories to debate and compromise on some of the most controversial and pressing issues in immigration. Our challenge – demonstrate and apply the knowledge we had acquired after learning from and interacting with policymakers, immigration lawyers, and team building experts. The topic assigned to my group was to argue the disadvantages of local governments versus the federal government having the ability to pass and enforce immigration laws and policies. After recognizing the importance of compromise, our group set to work to find and acknowledge the best ground on both sides, which we believed was the prerequisite to achieving any sort of compromise. Although we fully defended the positions we were assigned, sometimes despite personal ideologies, the teams still came out of the discussion with a thorough understanding that both sides had common interests and good intentions at heart. Both teams analyzed the perspectives of the stakeholders and attempted to find policies that would support the immigrants, local citizens, and governing systems.

This is a stark contrast from the model that occurs today. No matter what political party is in power, no matter what side one supports, no matter what debates either side has, ideological standstills betray everyone’s representation in Congress. There is so often no willingness to actually advance positions towards a common goal. When legislation is replaced by government shutdowns, nobody wins. The problem continues to fester and worsen. Something must change.

We must remember that our nation has remarkably built one of the most transformative systems of democracy from the ground up. We have an obligation to continue this tradition and be a beacon of equal representation at a time when many countries are slipping into authoritarianism. We the people, we the next generation, we the statesmen, must listen to the other side, cross the aisle, shake hands, and, most importantly, make compromises in order for any of the problems outlined above to ever have a chance at changing.