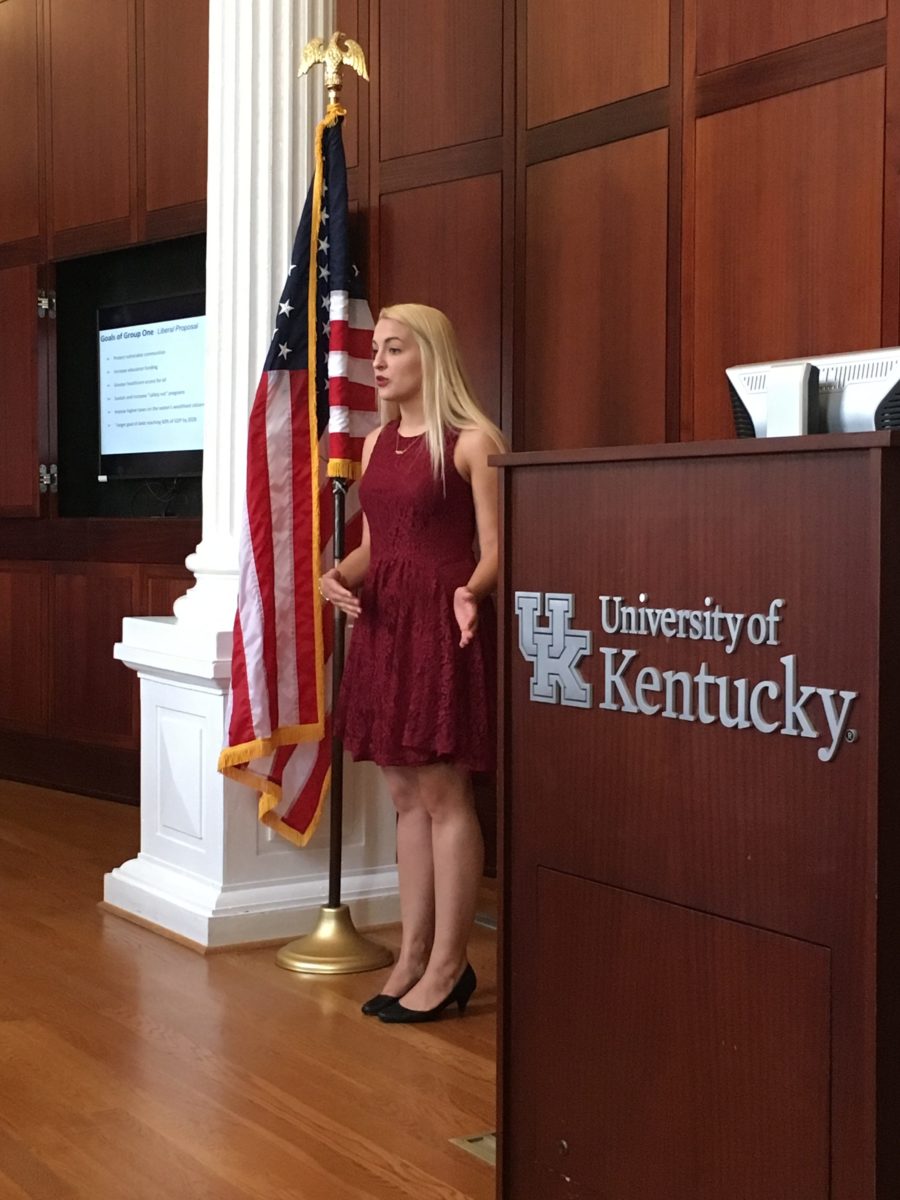 Posted at 19:10h in Blog by Abby Didawick

This spring we will be highlighting a different policy solution developed by our 2017 College Student Congress attendees. It should be noted that the policy solutions presented in this series are mere summaries of the proposals that resulted from hard work by dedicated groups of students who were constrained by both time and resources, and do not fully capture the level of detail and commitment each group invested in their solutions. Our last topic is the national debt and deficit.

At the time of the 2017 College Student Congress, the level of US national debt was at nearly $20 trillion dollars and rising. While both the liberal and conservative groups entered negotiations agreeing that the debt should be reduced to 60% of GDP by 2028, they each had different proposals informed by their partisan beliefs on how to create solutions to lower the national debt.

Below are key components that the liberal student group wanted to emphasize during their attempt to develop a policy solution to lower the national debt:

The conservative student group adopted the following goals in their initial policy proposal for lowering the national debt:

Once each group had determined their initial starting points, the students came together to negotiate a bipartisan policy that would meet objectives from each of their partisan proposals. The areas where the students had the greatest levels of divergence and thus the greatest need to compromise were revenues, healthcare and defense.

On revenues, both groups were able to come to an eventual solution that included several initial partisan objectives. The liberal group was able to restore the 2009 estate tax parameters, impose a 5.4% surtax on income above $1 million, enact the Buffet Rule and reduce the mortgage interest deduction. The conservatives earned the reduction of the corporate tax rate to 30%, repealed the excise tax on high cost health insurance plans, did not allow an increase in Medicare premiums for high-income beneficiaries and implemented a sunset clause for the 5.4% surtax and Buffet Rule.

The compromise between the groups on healthcare resulted in an agreement to maintain the individual mandate, block grant Medicaid, and not enact malpractice reform. The groups also came to a compromise on entitlement issues, including repealing the Davis-Bacon Act, raising the retirement age to 70, implementing chained CPI to determine benefits, and developing mechanisms to help those impacted by chained CPI.

Finally, the two groups worked out a defense spending compromise wherein there were increases in veterans benefits, funding for homeland security and international assistance, as well as a reduction of the Navy fleet and sequester repeal.

The groups determined that if their detailed budget were enacted and able to be implemented as envisioned, then the national debt would reach 60% of GDP in 2026, two years earlier than their original target date.